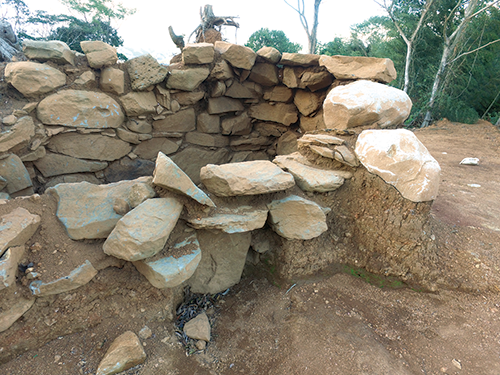 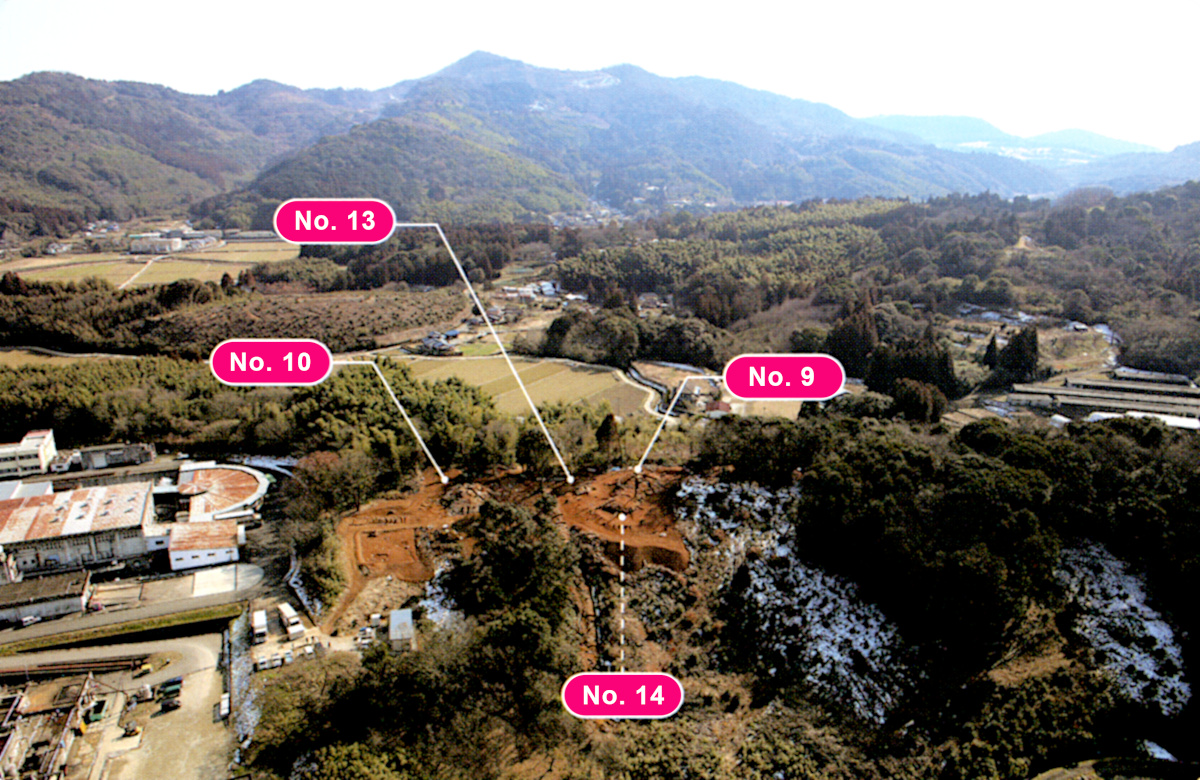 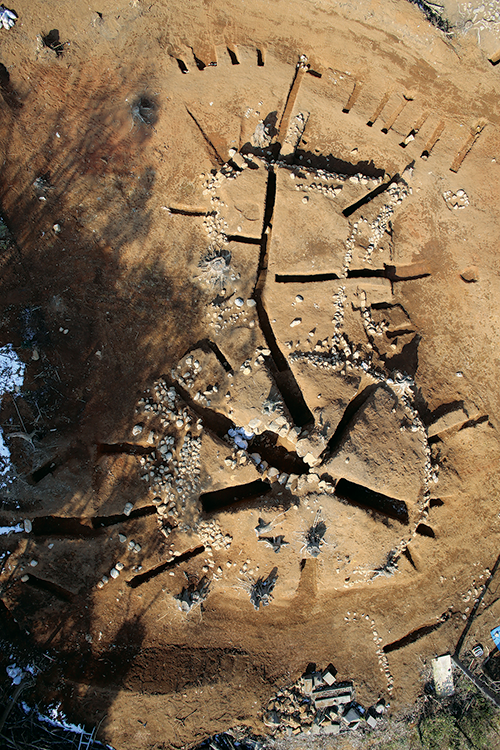 Overview of tomb No. 9  Prior to investigation it was thought to be a round mound, but it was clarified as a keyhole tomb through excavation.

Set of lion face-motif belt fittings  These were recovered together with the ends of the belt and the fittings attached to them. In addition, as a portion of the skeleton and knives were recovered along with these materials, it is thought that they survived in close to the original condition, with the belt worn at the waist of the interred. Adapted from Hakkutsu sareta Nihon rettō 2021 [Excavations in the Japanese Archipelago, 2021] (Bunkachō [Agency for Cultural Affairs], ed., Kyodo News, 2021). 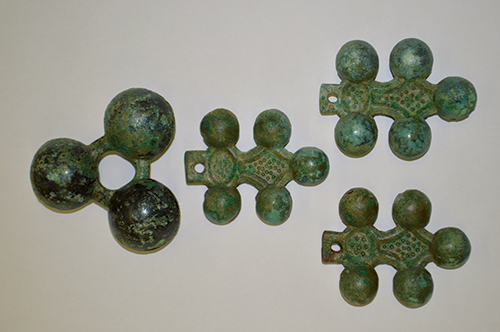 First in Japan! A complete “lion belt” is recovered

While small in scale, gorgeous grave goods of chiefly class

The Mutabe site is located in the city of Taku in the central portion of Saga Prefecture, atop a line of hills some 15–60 m in elevation. In conjunction with various development projects, excavations have been conducted seven times between 1974 and 2018, with a Middle Yayoi period moated settlement and a Middle to Late Kofun period group of tombs being discovered. The tomb group is composed of 14 mounds in keyhole and round shapes, and four of these were investigated in the 2017 and 2018 fiscal years.

Among these tomb No. 9 is a small keyhole mound 18.5 m in overall length, with a cobble-paved surface. The stone chamber is horizontal in style, with the lateral walls built to arch inward as they approach the ceiling. From the recovered artifacts the date of construction is thought to be the end of the fifth century, and the tomb’s occupant was apparently buried in line with the chamber’s back wall. From the chamber, in addition to beads and iron implements such as a sword and arrowheads, metal objects found in limited fashion nationwide were also recovered, such as a three-bell ring and harness pendants with bells, and a set of lion face-motif belt fittings. Having grave goods equal to those of chiefly class tombs despite the small scale of the mound, it may be called an extremely important tomb for considering society of the Kofun period in northern Kyushu.

Materials indicative of exchange between northern Kyushu and the Korean peninsula

The three-bell ring and harness pendants with bells are a type of decorative metal accessory used for horses. All of these are “audible horse gear” that emit noise  whenever a horse moves, and even now rattle when shook, allowing us to hear the sounds of the day.

The set of lion face-motif belt fittings consists of multiple small plates adorned with the face of a beast resembling a lion that were attached as decorations to a belt. While there are only 13 examples recovered from Japan and the Korean peninsula together, most of these are fragmentary finds. In the current investigation a complete set was found together, revealing the entire form of these lion face-motif belt fittings for the first time. Detailed research on these fittings is expected in the future, and they are thought to provide valuable data for research on relationships of exchange between northern Kyushu and the Korean peninsula, where similar examples are more numerous. (Iwanaga Masahiko)